Serves: Time: 5:00 Skill:
Recipe by Andrew Clarke
share
favorite_border0
A hearty winter soup that is a complete meal on its own, but would go great with buttered crusty bread.
Remove any excess fat and sinew from beef, don’t be too fussy as it will break down when cooking.

Season the beef with salt and pepper and sear with a little oil in a large heavy based saucepan, once coloured remove from the saucepan and without cleaning it add in the onion, carrot, celery, leek, garlic, thyme, and butter, sweat the vegetables for a few minutes then add in the broth and soup mix.

Return the seared oxtail and osso bucco to the pot, add in the potatoes, bring to the boil, cover, and simmer gently for 3 ½ - 4 hours, stirring occasionally.

Once the meat is falling off the bone remove it from the soup, allow it to cool slightly then remove meat from the bones and return it to the soup.

Bring the soup back to the boil and drop in the silverbeet and savoy cabbage, cover, and simmer for a further 20 minutes, you may need to add a little extra water at this stage and be sure to stir it every few minutes as it can burn on the bottom being so heavy with its own ingredients.

Season the soup with brown sugar, black pepper and salt to taste, the amount of salt needed will vary considerably depending on the type of broth you have used. 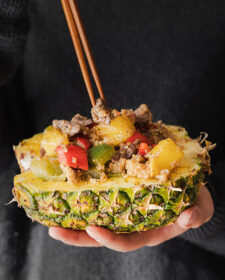 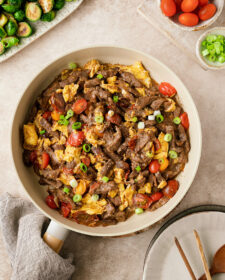 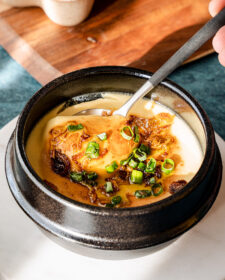 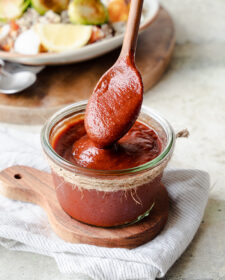 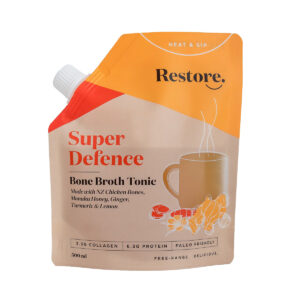 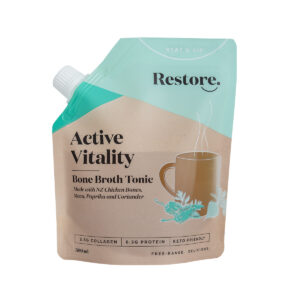